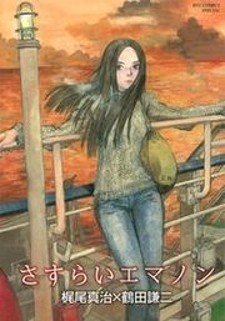 From Kotonoha:Based on the award-winning novel by Shinji Kajio, Memories of Emanon tells the story of a mysterious girl who holds a 3-billion-year old memory, dating back to the moment life first appeared on Earth.The first half of the volume is the colored Wandering Emanon ཿ chapters (published before as Emanon Episode: 1). The second half is Wandering Emanon set before the ཿ chapters.