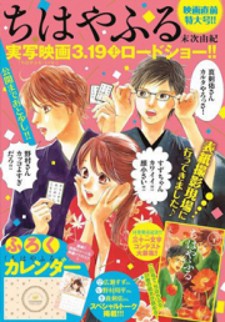 All her life, Chihaya's dream was to see her model sister become Japan's best... That is, until a quiet, unassuming transfer student named Arata tells her otherwise. A dream, he explains to her, is something she needs to work at herself. Arata plays a competitive version of a traditional Japanese card game, known as Hyakunin Isshu, in a way Chihaya has never seen before. After taking Arata's place in a game, Chihaya discovers she has a passion for it. Now Chihaya wants to become number