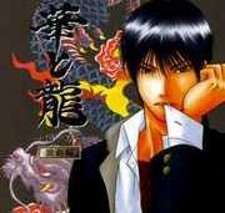 Ryuuji and his little brother were raised by a woman after their Yakuza parents were killed by a rival Yakuza gang. One day, he comes home and finds that his adopted mother too was also killed by that same gang. In rage and despair, he kills two Yakuza gang members who were still at the house and gets sent to jail. Once in jail, the inevitable happens and he becomes the plaything of fellow inmates especially peaking the interest of one dangerous convict.After spending time in jail, when everythi